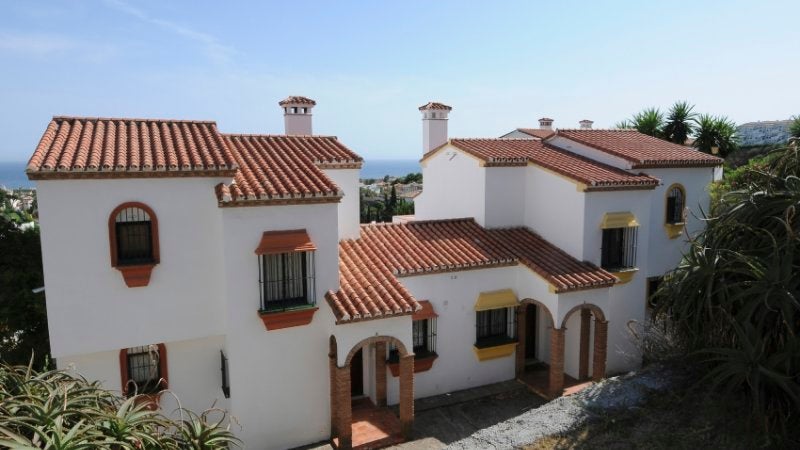 A lot of things factor into a home’s price tag, from its location to its layout, from its overall square footage to the amenities it offers. But there’s another major factor that might affect the asking price: its architectural style.

Tons of homes across America tap into classic design styles that have stood the test of time. They may not all be to everyone’s taste, but they’re almost always in demand. As a result, you need to make a serious, top-dollar offer if you’re looking to move in.

These are some of the most valuable types of residential real estate you might find on the market — the ones found in the ritziest real estate listings —and how much it costs to buy them. The prices are national averages and are derived from a recent study, “The Most Popular and Valuable House Styles in the U.S.”, and various recent property listings. The period reflects when the style originated, or — with more historic designs — when it first started to flourish in the U.S.

Characteristics: Pulling influences from Italian, Spanish and Middle Eastern architecture, Mediterranean homes became popular in U.S. southern coastal regions, especially those of  California and Florida, in the early 20th century. Their open design and use of patios and loggias — a side of the home that is intentionally left open — made them ideal for climates where the weather is nice nearly year round. The style also features arches to create more spacious openings, high vaulted ceilings, stucco exteriors and beautiful tile roofing.

Why it’s expensive: Mediterranean homes are great for warm, sunny climates, but if it gets cold, winterizing them requires lots of effort. Because they utilize big windows to invite in the sun, maintaining and replacing that glass can be expensive — especially if you want more energy-efficient options. Stucco can crack and the terracotta roof tiles can be pricey to replace, which can add to additional maintenance expenses. In addition, these homes are often located near or overlooking the ocean, always a prime parcel of real estate. 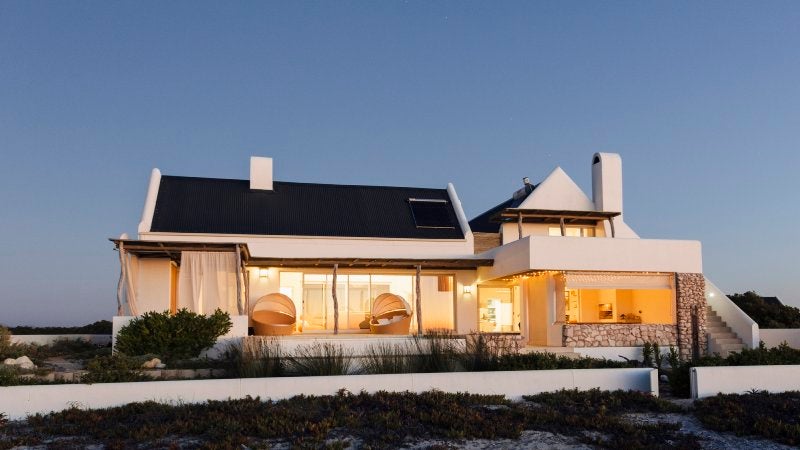 Characteristics: Location, location, location: That is the defining characteristic of the beach house, which you can find on the shore of just about any body of water — be it a lake or an ocean. Beach houses can take on a number of styles, but floor-to-ceiling windows, tall ceilings, flat roofs and tight corners without a curve in sight are typical. A contemporary cottage-style bungalow is often most associated with these structures.

Why it’s expensive: The characteristic that defines the beach house is also the one that raises its price so much. There is only so much oceanfront available in any locality. While living next to sand and a body of water is beautiful, it comes with a cost. Salt water can have a corroding effect on exteriors. Then there’s the exposure to the elements that creates unique risks for beach houses — and higher expenses, in the shape of homeowners’ insurance premiums and sometimes-mandated flood insurance.

Characteristics: It’s not called “storybook” for nothing: These homes look like they came directly out of a fairy tale (in fact, they’re also known as “Hansel and Gretel” homes). Borrowing elements of the Tudor and Gothic styles, as well as taking plenty of inspiration from 18th-century French and English cottages, the storybook home is defined by its uneven, asymmetrical frame and mismatched elements. Gables and points on the roof contrast with tall, rounded windows and doors, and the picturesque build makes these homes whimsical eye-catchers.

Why it’s expensive: Storybook homes are often custom-built and are fairly rare (the style flourished mainly in California). Their curved walls and big, sloping ceilings create a unique look, but also can see more structural damage and require more maintenance. Tall ceilings and big windows can also add to heating costs and make it more challenging to winterize and upgrade to more energy-efficient options, as standard sizes probably won’t fit.

Characteristics: A product of England, the Georgian style was one that dominated pre-Revolutionary War America and can still be seen up and down the East Coast. It places a particular value on symmetry and balance. Everything has its place in Georgian architecture, which is why the style forgoes open floor plans for the more compartmentalized style of many small rooms. Just about everything is square or rectangular, too. That includes the building material itself, which is traditionally brick.

Why it’s expensive: One of the main reasons that authentic Georgian homes can be expensive is the simple fact that they are quite old, and with age comes lots of additional upkeep: The ground can shift, foundations can crack, chimneys can crumble, etc. These heirlooms can also be hard to retrofit with modern HVAC and plumbing systems. Of course, this style has never gone out of style, and its enduring popularity has made reproduction Georgian homes pricey too.

Characteristics: Associated with the shores of New England (though it exists throughout the country), the shingle-style home is one of the most traditional styles of home architecture. Tapping into English influences, along with some inspiration from early Colonial American architecture, these homes started cropping up around the time of the Centennial with its simple, shingled surfaces and tall, peaking gables. One of the most exciting characteristics of the shingle home is how gracefully it ages, the wood exterior displaying the home’s heritage with each passing year.

Why it’s expensive: The primary area of upkeep for a shingle style home is also the thing that gives it the distinct look and style: shingles. Typically made of wood, they look great as they age, but they’re also fairly expensive, require a lot of upkeep and don’t last as long as other pricey roofs. Wood also tends to be less weather-resistant than other construction materials, especially in damp or humid climates, which can result in more maintenance.

Characteristics: If you think about the classic townhouses of New York City, you’re probably conjuring up the image of a brownstone. Their key feature is the material that gives this architectural style its name: the brown bricks or blocks of limestone that make up its exterior (or at least its front facade). But that’s not the only characteristic that makes brownstones stand out. They often have hexagonal, ornately carved facades, the result of the material being malleable and easy to cut. So ubiquitous did brownstones become in fashionable 19th-century neighborhoods that novelist Edith Wharton quipped they “coated New York like a cold chocolate sauce.”

Why it’s expensive: Brownstone buildings are expensive for a number of reasons, but the first is the fact that the material isn’t really used anymore. The brown limestone that has come to define these buildings is rarely mined now, so any repairs require using a cement substitute. And repairs will be needed, because brownstone doesn’t hold up well over time: The soft rock is quite vulnerable to weather damage. Aside from that, there’s their location: Brownstones are generally located in the priciest, most prestigious residential neighborhoods in New York and several other East Coast cities.

Characteristics: Spanish style (sometimes known as Spanish Colonial) incorporates elements of architecture in North and South American regions that were originally settled by Spain. Overlapping somewhat with Mediterranean style — though generally plainer and with sharper lines— it features stucco walls and clay tiled roofs, along with exposed wooden support beams, a courtyard and small windows. No matter where these simple, low-pitched homes are built (the style is centralized in the Southwest and Florida, but has made its way across the country), these elements are almost always present.

Why it’s expensive: Most Spanish style homes utilize adobe as their primary material, and it can face challenges when tasked with holding up to inclement weather — particularly the cold. The characteristically flat roofs tend to fare better, but can sometimes be subject to leaks and other issues that require the expensive tiles to be replaced. Any Spanish style home that is located outside of a warm, dry climate will likely run afoul of the weather.

Characteristics: Contemporary homes are grounded in the here and now — or at least the “now” of when they were built. American contemporary style can vary by region, but the basic characteristics reflect “a continuing trend toward modern minimalism of composed volumes, overhangs and rectilinear forms accentuated with color or natural materials or both,” according to Antonio Argibay, AIA, managing principal at Meridian Design Associates, a New York City firm. They generally have large, wide-open floor plans inside and are built of natural, environmentally sound materials.

Why it’s expensive: While it utilizes an eco-friendly approach, the contemporary style of architecture also doesn’t restrict itself to a particular box, which can create disparate parts that require more management. Because contemporary homes also often aim to maximize space, they can require more construction materials and more complicated frameworks and foundations. The style also prefers exposed baseboards, molding, and other features that require upkeep and may need to be replaced from exposure to the elements and wear and tear.

Characteristics: French Country architecture is often associated with nature. The style tries to tap into natural beauty at every turn — with the slightly less natural symmetry added in for visual appeal. That includes natural stone facades on the exterior and wood floors and wood-planked ceilings inside the home. Many French style homes also feature a double chimney, one on each side of the house. Between them are tall, sloping roofs, typically tiled.

Why it’s expensive: While the natural materials used to build the French Country-style home give it some of its most defining characteristics, it is also the part that adds a significant amount of upkeep and maintenance. The effort required to maintain stone and wood over time can create significant costs. Many of these rambling houses have large rooms and tall ceilings, which can run up utilities bills.

Characteristics: Another import from England, the Queen Anne style is what many people think of as “Victorian architecture”: tall, spiky, irregularly shaped structures with polygonal turrets and towers, bay windows and wraparound porches. The asymmetrical facade is decorated with lacy gingerbread spindle-work and shingles, half-timbered Dutch gables and elaborate masonry. A Queen Anne home will almost certainly have big vertical windows, several balconies, and a steep-sloped roof. Inside, it’s dark, with tall ceilings, and full of nooks and crannies.

Why it’s expensive: Queen Anne homes, aka gingerbread homes, often aren’t simple in style or design, and that can lead to additional costs in keeping the home in shape. The roof can be difficult to replace or repair because of its slope and the many odd angles and overhangs it creates. Chimney upkeep is also an annual task, and porches can start to slump or sink over time. Any replacements, built-ins or window treatments will have to be custom-made jobs. The thick walls and multi-story layout could make Wi-Fi connections and heating difficult. 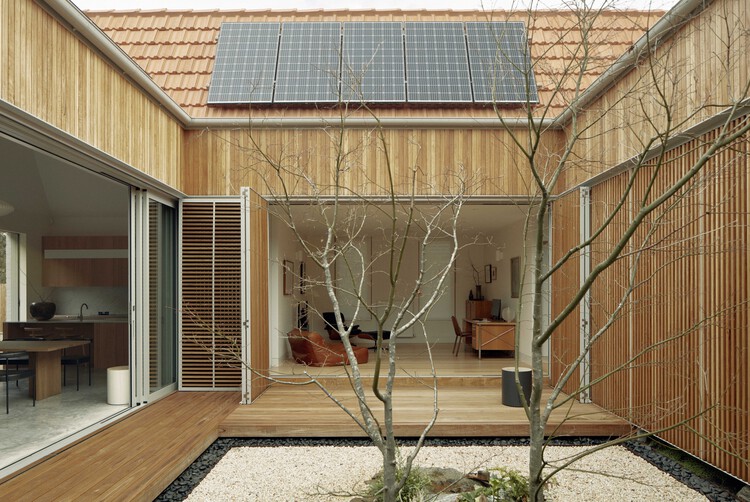