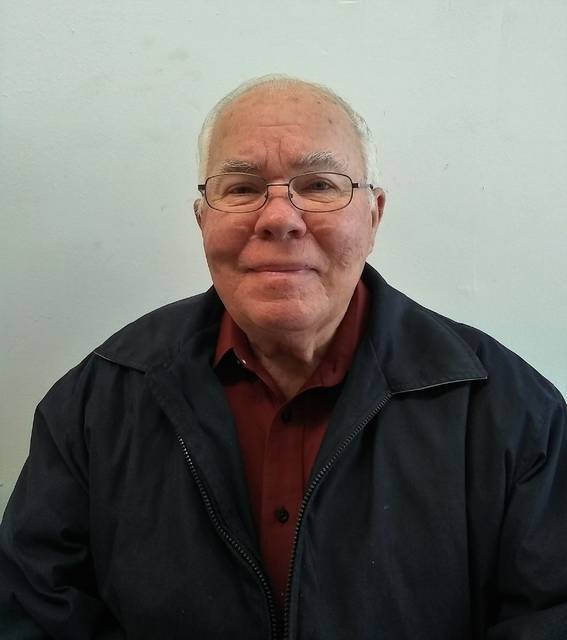 The lore of September thunder

The harvest of autumn leaves has begun

Don’t let the leaves of autumn go to waste and please do not burn them but recycle them for compost, leaf mulch and a blanket for protecting cold weather vegetables. The leaves can be blown to the garden and run over by the lawnmower to break them down for the compost pile or bin. Crushed leaves make a protective blanket for rose bushes, azaleas and bulb beds. Crushed leaves can be placed between rows of collards, broccoli, cabbage, kale, and greens. Stay ahead of the leaves during the days of autumn. You can crush them by running the mower over them or run them through the leaf vacuum and place them in a pile to use in the spring garden plot. When you crush them, the wind will not get under them and blow them around.

September grass clippings are filled with nitrogen and other heat-building nutrients. Save them for making compost piles and bins heat up. Mix them with piles of leaves to help break them down. Keep saving the clippings all the way until a hard November freeze that will cause grass to become dormant. They are one of nature’s best resources.

Slowdown of the last summer crops

All that remains of the summer vegetables in the garden plot are late tomatoes and peppers. The nip in the September air has slowed them down. The tomatoes are slowing down and still have plenty of green ones developing to be harvested before Jack Frost arrives.

Time to set out a row or bed of onion sets

As we reach the middle of September, onion sets are showing up in hardwares and garden centers, and a row or bed can now be set out in the autumn garden plot. You can choose from red, yellow, or white sets. Onion sets are tough and will endure the harshness of winter and produce all the way into early spring. A pound of sets costs around $3. Sow them in a furrow four inches deep. Place a layer of peat moss in the bottom of the furrow and set the onions with the root side down and about three inches apart. Cover with another layer of peat moss and an application of Garden-Tone organic vegetable food. Hill up soil on both sides of the furrow and tamp down with the hoe blade for good soil contact. They will sprout in about two weeks. In October, cover between the rows with a layer of crushed leaves. Feed with Alaska fish emulsion mixed with proper amount of water in a sprinkling can according to instructions on the bottle. Feed onions once a month. You can also side dress with Garden-Tone organic vegetable food and hill up soil on both sides of the row.

Outside critters trying to winter over

The days are growing shorter and the nights are getting cooler and this is a hint to insects and creepy crawlers to find a warm place to spend winter such as in your home or basement. They are seeking a dry place to spend winter and now is the time they are looking for opportunity to gain entrance to your house. You can prevent them from gaining entrance by spraying around all door ways and porches as well as carports. If you have a wood pile spray around it and also around basement doors and around basement walls. Don’t leave any food or scraps outside that could attract the critters. Open and shut doors quickly when coming and going outside.

Plenty of colors in autumn leaves

As September reaches its middle, the leaves have been putting on a show of color. Some of the trees are now unloading their harvest of leaves. The maples and dogwoods are the first to lose their leaves followed by hickories and poplars. Last to go are the mighty oaks and many of their leaves will remain until Thanksgiving while the remainder of their leaves will linger until a heavy snowfall brings them down.

Heat as the season changes cooler

The furnace will be in season for the next six months as we make the transition from summer into autumn and winter. You can make your furnace work less by keeping the thermostat on a uniform, comfortable setting without moving the setting up and down. You should also clean or change the filter on the furnace once each month, open and close outside entrances quickly. Keep blinds and drapes closed at night. Make sure all doors and closets and cabinets are closed. Wear warmer clothing while in the house. Prepare food in the oven so that the heat from the oven will make the kitchen comfortable as well as the surrounding areas. Educate the kids to open and shut doors quickly when coming in and going out of the house.

There is still a little more than a month to set out the flowering bulbs of early spring. The soil is workable and hardwares, nurseries, and garden centers still have plenty of bulbs in stock. Buy only bulbs in mesh bags or individual bins so that you can feel and inspect bulbs for rot, or mold. You can choose from hyacinth, crocus, daffodils, narcissus jonquils, tulips and snow drops. Buy a bag of bone meal or bulb booster to promote growth. Another useful tool for setting out bulbs is a durable bulb planter made of heavy duty steel that will last for many seasons. Spend the extra money and buy a tough one that will last. You get what you pay for.

The humming birds winding down season

Mid-September and the humming birds are preparing to move south in just two weeks or so. They are still visiting the feeders often as summer flowers continually fade out. Keep feeders out for as long as you see the hummers. The nectar you provide is important for the next few weeks. This will help them as they prepare for one of the natural wonders of the world, a trip across the Gulf of Mexico where they will spend winter and return to us next spring.

Making a pot of sweet and sour beef stew

This is a great dish on a nippy September evening. It is actually a meal in one pot. You will need one fourth cup of plain flour, one teaspoon salt, half teaspoon pepper, one and a half pounds stew beef, half cup Crisco cooking oil, one cup water, half cup light brown sugar, one fourth cup apple cider vinegar, one tablespoon Worcestershire sauce, one envelope Beefy onion Recipe Secrets, two diced potatoes, three diced carrots, half teaspoon salt. Combine flour, one teaspoon salt and half teaspoon pepper and coat stew beef with the flour mixture. In a frying pan, brown the stew beef on all sides in the Crisco oil. Combine the water, half cup catsup, light brown sugar, apple cider vinegar, Worcestershire sauce and the second half teaspoon of salt. Boil over low heat until stew beef is tender. Boil the diced carrots and potatoes, drain and add the Beefy onion Recipe Secrets and one stick light margarine. Cook for one minute and add to beef stew mixture and boil on low heat for two minutes. Serve with a bowl of Minute Rice.

The beginning of apple season

There is a lot of color adorning fruit markets and produce stands as well as supermarkets as the season of the apple harvest begins. Apples come in varied colors of red, green, yellow, pink, and other mixed colors. Apples have a long shelf life and will last for weeks in the refrigerator or in a bowl on the dining room table. Apples are one of those special fruits that are available all year round but especially at this season of year.

For this pudding, you will need ten fresh apples, two cups buttermilk, two large beaten eggs, two cups light brown sugar, one cup sweet milk, two teaspoons apple pie spices, two cups plain flour, one teaspoon salt, two sticks light margarine (melted), and tablespoon vanilla flavoring. Peel the apples and cut into one inch chunks (make sure you have enough apples for at least two quarts). Add the buttermilk, beaten eggs, sweet milk, apple pie spices, flour, one teaspoon of baking soda and melted margarine (all in the order listed). Pour into a 13×9×2 inch baking pan or dish. If you have more than enough apple pie filling, use another pan. Spray pan with Pam baking spray and bake at 350 degrees for 50 to 60 minutes.

“Mouse in the house?” Wife: “Jack wake up! There’s a mouse in the room, I heard him squeaking.” Husband: “What do you want me to do? Get up and oil him!”

“Unsure.” The man was fleeing down the hall of the hospital just before his operation. “What’s the matter?” he was asked. He said, “I heard the nurse say ‘It’s a very simple operation everything will be alright.’” “She was just trying to comfort you, why are you so frightened about that?” The patient said, “She wasn’t talking to me, she was talking to the doctor.”

“Second opinion.” For years, he thought he was a failure. Then he took a course on positive thinking. Now he is positive that he is a failure.

“Speedo.” State Patrol man: “I clocked you doing 85 miles per hour, friend, is anything wrong?” Motorist: “Yes, officer, I forgot to connect my radar detector!”

Next post What costs the most in a kitchen remodel? Designers advise