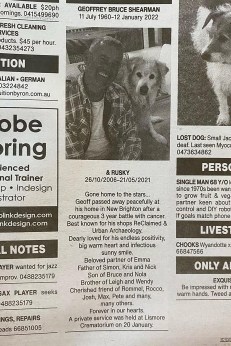 An Australian woman has had to piece her life back together after she and her partner were scammed out of $134,000 and then they had to forfeit an additional $94,000 from their house deposit because of a property deal that went terribly wrong.

Then in another tragic twist, her long-term partner died just a month later from cancer.

“It’s just insane,” Lees told news.com.au. “I would never in a million years have thought I’d be in a situation like this.”

Lees, 46, and her late partner Geoff Shearman, signed a contract for a four-bedroom, two-bathroom house in New Brighton, near Byron Bay, in October last year.

They were expecting a large sum of money to come through from a $134,000 mining investment Shearman had made in 2016.

To tide them over in the meantime, they borrowed money from friends and family to pay the deposit.

However, the investment turned out to be a scam and they had to renege on the deal as they didn’t have the funds to complete the transaction.

As a result, the vendor was legally entitled to keep the couple’s house deposit and walked away with their $94,000 downpayment while also reselling the property within two weeks for $47,000 more.

The horror ordeal started in July last year when the couple learned that their rental property in New Brighton was going to be sold and that they had three months to find a new place to live.

As the beach region was experiencing a property boom and a large flow of newcomers thanks to the Covid-19 pandemic, Lees and Shearman struggled to secure another rental.

“We could not find a place to go to, we searched within a 60-kilometer radius for the full three months,” Ms. Lees recalled.

The pair were unwilling to move from the Byron area because Shearman was battling his third year of cancer and had built a network of friends and doctors there.

Shearman was in hospital from August to October while the couple sought a new rental.

Then they received a call from a so-called old friend.

“We thought some sort of miracle had happened,” Lees said.

Years earlier, her partner had invested $134,000 with this friend, who now promised them that a substantial return would be coming through.

With the significant payout looming, it looked possible they could buy their own property in the area rather than rent or be forced out of the area.

“We had two weeks left on our lease, we were just totally freaking out, he (my partner) couldn’t walk more than 50 meters [164 feet] because he’d just had brain surgery,” Lees added.

With the clock ticking, the couple made a rushed financial decision that would ultimately ruin them – to sign the contract without a subject to finance clause.

“My partner presumed he was getting the money from this investment, he signed an unconditional contract,” she said. “Because of that the offer was accepted.”

The house price, $1.8 million, was also way above the “level” they were willing to spend but facing homelessness and believing more funds would be arriving soon, they decided to sign.

As they were inking in the deal, Shearman’s friend told him the investment money had been delayed because of a hold-up with the tax department but that it would be arriving soon.

So the couple decided to borrow the agreed-upon deposit price – $107,116 – from friends and family in the belief they would pay it all back in due course.

That was the same day Shearman was discharged from the hospital and there was only two days left on their previous lease.

“We had a month to sort out the money, it never came,” Lees continued.

“The man my partner had invested with, who had masqueraded as a friend, must have actually been a con artist.”

To date, the money has still yet to materialize nearly a year later.

At the time, Lees and Shearman didn’t realize this and convinced the vendor to extend the settlement deadline while they waited for the investment and they came to an arrangement where they rented the property until they could buy it.

“When we failed to come up with the rest of the money, we were issued with a notice that the contract was terminated,” she said.

“We got an email every single day notifying us that we would be evicted.”

Luckily the new owner allowed Lees and Shearman to continue on as renters, albeit for $670 a week which drained their savings.

However, it wasn’t the end of the debacle. They soon learned that they were going to have to forfeit their entire $94,000 deposit and that they had no legal leg to stand on.

On Christmas Eve, Shearman was given one to four weeks to live after discovering he had six more tumors in his leg.

By January 12, he had tragically died of cancer.

He died believing that his friend was going to come through with their investment money, according to Lees.

“Obviously I’ve gone over it in my mind 1000 times, I honestly don’t know, the blessing I see in all this is we had a roof over our heads (for his final weeks),” she added.

As she was grieving, Ms. Lees realized she was going to lose the $107,116 that was owed to friends and family.

She sent a desperate letter to the vendor explaining her situation and asking for all the vendor’s costs such as real estate and legal fees to be paid, but for any leftovers to be given back to her. The plea was rejected, at the vendor was legally entitled to do.

After six months of mediation, the vendor agreed to return $13,389 which was deposited in July this year.

In a statement to news.com.au, the vendor defended her actions.

“I provided Mr. Shearman every consideration including allowing him to live in the property prior to settlement and granted him several extensions delaying the settlement date in the hope he would receive the proceeds of a mining lease sale that he disclosed,” the vendor wrote.

“While I was made aware and was sympathetic to Mr. Shearman and Ms. Lee’s personal plight, I had already received substantially less under the failed contract than I was legally entitled to receive.” 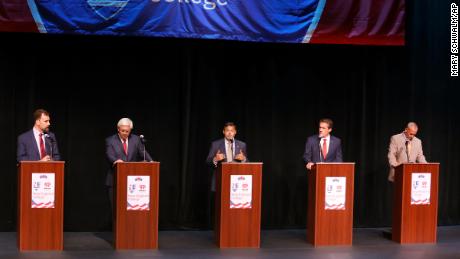