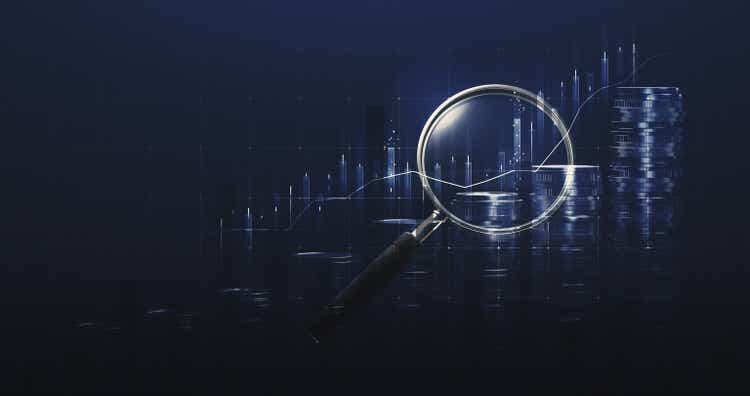 Written by Nick Ackerman. This article was originally published to members of Cash Builder Opportunities on August 11th, 2022.

Alpine Income Property Trust, Inc. (NYSE:PINE) immediately caught my attention when it appeared on our latest monthly dividend screening piece. Several interesting names show up with that screening article, and it gets some of the most readership. So, a good reason why I continue to produce that monthly piece.

For PINE, more specifically, the higher yield of nearly 6% at this time plus a growth trend initially stood out. After looking into it a bit more, some red flags should be addressed. All in all, though, it is an interesting name that is worth being put on the watchlist, or even perhaps a small initial position.

They describe themselves as:

They were considered a diversified real estate investment trust (“REIT”), but after selling off their Wells Fargo offices earlier this year, they have become a more pure-play retail REIT.

A Look At The Tenants And Size

There are risks to all investing. Some investments have additional risks that should be considered. I believe that PINE is one of those.

The first caution that I saw was the market cap and, subsequently, the size of the REIT. At only around a $217 million market cap, we are looking at a microcap. In total, they only have 143 properties. With only a few years of operation, that isn’t necessarily unexpected as they look to become bigger over time.

Other retail REITs such as Realty Income (O) and Agree Realty (ADC) weren’t built in a day.

Speaking of those names, here’s a comparison of those market caps for some context. Note how O had a spike in market cap after its merger with VAREIT.

Enterprise value is often considered a better sizing metric for REITs, but we will obviously see a similar trend here too.

A small company, or in this case, REIT, can offer higher growth potential going forward. However, it also means that a small speed bump in the economy could send things off track. Looking at the portfolio, despite being a small number of properties, it seems they hold some top-quality names for tenants.

There are several recession-resistant names that won’t be impacted too considerably, such as Walgreens (WBA), Lowe’s (LOW), Dollar General (DG), Family Dollar/Dollar Tree (DLTR) and Walmart (WMT). That’s reinforced by the strong credit ratings of investment grades that these positions receive.

In fact, half their tenants are considered investment-grade. That should bode well during the next economic slowdown.

That’s where we go back to the size discussion, though. These top tenants make up half of their annualized base rent (“ABR”). That’s a fairly narrow selection of individual companies that can have their own individual issues pop up.

I’d also look back at their geographic exposure. Having a fairly small number of properties means that you will be fairly concentrated. In this case, 12% of their portfolio is in Houston, TX alone. They highlight that 60% of ABR comes from metropolitan statistical areas with more than one million people.

They also highlight that 39% of ABR comes from the high-growth states of Texas, Florida, North Caroline, Arizona and Georgia. That highlights a strength while those places are growing. However, I view it as more of a concentration risk, too, having so much ABR tied up to a relatively limited number of cities within these states.

A second risk to consider before investing is that they are externally managed by CTO Realty Growth (CTO).

The Company has no employees and is externally managed by Alpine Income Property Manager, LLC, a Delaware limited liability company and a wholly owned subsidiary of CTO Realty Growth, Inc. (our “Manager”). CTO Realty Growth, Inc. (NYSE: CTO) is a Maryland corporation that is a publicly traded diversified real estate investment trust (“REIT”) and the sole member of our Manager (“CTO”).

That can create some potential conflicts of interest or values that don’t necessarily align with current shareholders. In their coverage of CTO, On The Pulse noted that they own a 15% stake in PINE itself. That should help align the managers with shareholders.

As of the latest quarterly release from PINE, they continue to pick up shares in the open market. That continues to align their interest with current holders of PINE.

Additionally, they intend to internalize the management of PINE. Their latest investor relation simply stated, “internalization of management for PINE is anticipated in the future when the Company approaches or exceeds critical mass.” That suggests they want to be a larger operation before internally taking a team. It, unfortunately, does not give us any solid metric to watch to see how close we may be to such a transition.

I believe those are the main risks that stood out to me, but now on why PINE can be quite attractive. The latest funds from operation (“FFO”) they provided for last quarter was $0.47. That was an increase from 2021’s $0.38 of 23.68%. That’s quite the leap. AFFO also increased 20.5% from the prior quarter.

ADC recently had its own earnings release. The results were fantastic, in my opinion. However, their FFO increased by 9.7%, and AFFO was up 10.4%. Fantastic results, but helps provide context on what size can do to the figures. That was after they invested $430 million on 121 properties. That’s nearly as many properties that PINE has combined.

Analysts expect that they will report $1.68 in FFO for the full year. Though that’s only a relatively smaller 6.24% growth potential for the year, they have a history of easily beating analysts’ expectations thus far.

For the full 2022 year, they expect AFFO to come in at $1.58 to $1.63. That was a raise from their own prior guidance of $1.53 to $1.58. That was after they raised their guidance in the earlier quarter too. So at this point, it’s becoming a bit of a regular thing for PINE to beat and raise, which means that their expectations could still potentially be lower than what we ultimately see.

That’s part of why microcap stocks and REITs can have some strong appeal-being able to grow by larger percentages since they are growing from a smaller size in the first place. When they add 19 properties as they did in the latest quarter, that actually really adds up.

Though, net, it was a 14 property addition due to disposing of 5 office properties. Still, another 14 properties in the next quarter off of 143 properties is an almost 10% add to their portfolio. That can really contribute significantly to the FFO and AFFO growth through acquisitions alone.

For 2022 overall, they are expecting acquisitions of $215 million to $235 million. Dispositions for the year are anticipated to be $125 million to $175 million.

This all translates into the potential growth of the dividends for investors. Which is exactly what has been experienced so far. So far, it appears they haven’t had a predictable growth in the dividend. Instead, they appear to be raising rather sporadically but raising nonetheless. That doesn’t seem to be a bad thing until they have matured a bit more.

I consider ADC to be “O-lite.” With PINE coming on my radar now, it would appear that a fitting description could be something like “O-ultra-lite” if I wanted to put a moniker on it. There is potential here, but due to its newness and being a small operation at this point, I think it would only be appropriate for a very high-risk portion of one’s portfolio. With the size can come the potential for a lot of growth. Even the potential to be an acquisition target. However, it also means that their economic sensitivity and lack of diversification leave them more vulnerable.