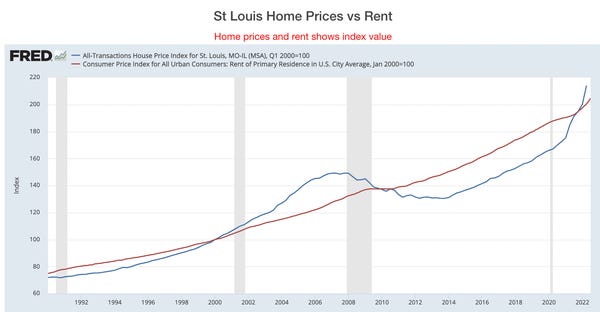 Camron Cathcart still considers himself a beginner when it comes to real estate investing. He and his wife purchased their first investment property in January of 2020 in St. Louis, Missouri after selling their primary home in Denver, Colorado. They relocated to the Gateway City because it was more affordable. Especially before the pandemic, where the typical value of homes was $161,038 as opposed to Denver which was $467,000 in early 2019, according to Zillow.

Over the last two and a half years, the couple has been fortunate enough to grow their portfolio at a substantial rate. Today, they own 40 single-family homes, according to closing statements viewed by Insider. They have also flipped and wholesaled many more.

The Cathcarts had a head start in building their portfolio because they began investing during a strong seller’s market. This year, the housing market is beginning to cool off as mortgage rates heat up, effectively plunging demand. Existing-home sales were down 5.9% in July from June and 20.2% from one year ago, according to the National Association of Realtors.

“Anybody that started investing in real estate over the last couple of years looks like a genius,” Cathcart said. “And I can say that even for myself. There were some deals that I bought that shouldn’t have made money, and we made a ton of money off of them just because the market protected us.”

The strong real estate market may have carried many investors through, including those who cut corners and went above budget. But as home sales stagnate, any cut corners — such as shoddy contract work or poor quality materials — will get you in trouble, Cathcart said. This means the small details you may have overlooked in the past, such as sticking to a tight budget and underwriting deals conservatively will catch up to investors in this market, he noted.

Buyers simply have more inventory to choose from at this point and the trend of skipping on home inspections and waiving contingencies has likely passed, meaning that buyers will have a more discerning eye and will show preference for properties that have better details and finishes.

Being over leveraged will also be problematic. Those who bought negatively cash flowing assets in the hopes of appreciation, will likely get in trouble, he added. And investors who cashed out their home equity on their primary residence and other properties to purchase additional units could find themselves in a precarious situation if the rental market softens in the coming months.

The slowing market hasn’t stopped the Cathcarts from growing their portfolio. This year, they purchased 14 single-family homes. They flipped and sold three of the houses and kept 11 for a total of 40 properties that are rented. Cathcart said he is under contract on  another two properties.

Historically, a recession has not affected the price of rents like it has the value of houses, especially in St. Louis, he noted. This is why they aren’t worried about their cash flow. But this may not be the same case in other markets, particularly ones that have experienced significant volatility in supply and demand.

Cathcart is about going all-in when it comes to real estate investing. However, the number one pitfall he sees almost every new investor make is trying to do too much too early instead of picking a particular niche and growing within it. He cautions newcomers not to bite off more than they can chew when getting started.

“I was falling into that trap and one of my mentors said, ‘You need to pick an avenue and run 100 miles an hour in that direction. And anything else that comes as a possibility for you, forget about it,'” Cathcart said of his mentor’s advice.

He has come to understand that as you become sufficient in one area, you can always pivot later. While the Cathcarts stuck to single-family homes, they expanded their operation to flipping and selling, wholesaling, and wholetailing, which is when you buy and list a house on the market without making any repairs or upgrades.

If you dabble in too many different markets, whether it’s residential versus commercial or even expand into different locations, you won’t do anything well, he noted. This is particularly so for sole proprietors.

The first year the Cathcarts began investing, they came across an amazing deal to purchase a storage facility. Even though all the numbers lined up and the opportunity appeared profitable, they decided to pass on the property. The buyer who did take the offer flipped the facility and made $700,000, he recalled.

The Cathcarts may have missed a liquid cash opportunity. However, in one year, they were able to build a $2 million net worth from their portfolio that is consistently cash flowing.

Overpaying on a property is the second pitfall he has made in the past. Stick to the fundamentals, regardless of how hot the market is or how much you want a property, he said. While some buyers are willing to go above asking price and beyond their budget to win their dream home, this mentality and practice is not necessarily useful for investors.

Since the market has been so hot, he has seen some investors break that rule by inching higher, up to 80% or 85% of the AVR minus rehab costs. As the market begins to slow and stagnate, that can get a lot of investors in trouble, he noted.

A third mistake is purchasing a property that doesn’t have multiple exit strategies. This means the same property can either be kept and rented, flipped and sold, wholesaled, or wholetaled.

Cathcart had to learn this lesson the hard way, he says. In the spring of 2021, Cathcart purchased a single-family house in the St. Louis metro area with the intention of flipping it for a profit. It was in a higher-end neighborhood where the average house sold for about $350,000. Rehabbed properties were 15% to 25% more. He paid $250,000 for the property, but underestimated the rehab costs.

Ultimately, it was determined that the house needed about $125,000 worth of work, which equates to an extensive renovation versus a quick or cosmetic rehab. The Cathcarts didn’t have the financial capacity to flip it.

The couple decided that they couldn’t keep it because it wouldn’t necessarily  make a good rental property because it would have a negative monthly cash flow. It was also too expensive to profit from a wholesale or wholetale. The Cathcarts were stuck with the property for about four months before reselling it at the same purchase price. After incurring holding fees and realtor commissions, they were out of pocket by $5,000.

Ideally, any property that an investor is looking to purchase should have at least three exit strategies. In a perfect scenario, there would be four, he noted.

A fourth pitfall he sees many investors make is that they’re afraid to spend money on education and networking. Instead, they try to figure everything out on their own. One of the big factors that he believes propelled the couple into rapid success is surrounding themselves with the right people.

“Typically, it’s going to cost money. A joke that I have is, we’ve paid for a lot of friends,” Cathcart said.

They’ve  spent upwards of $6,000 to $8,000 to attend mastermind sessions in Sedona, Arizona, and Maui, Hawaii, according to receipts viewed by Insider. They also pay $1,000 a month to be part of an ongoing online high-level mastermind group.

While the return on investment for professional development and networking opportunities isn’t easily quantified, Cathcart believes the real value was 10 or 100 times what they spent. Not only have they remained inspired to keep going, but Cathcarts picked up strategies such as how to raise money and automate parts of the process and property management  that have saved them a lot of time and cash. Spend the money, he said. It’s like paying for college, except the yields will be way better.

Finally, another big mistake is when investors don’t deliver great finished products, he said. This is one mistake he hasn’t done but has seen others do, such as buying houses and doing lower grade rehabs where they paint and put in a carpet but they’re not making it an amazing house, he said. That goes for rentals and flips, he added.

For the Cathcarts, rehabbing a house means putting in new floors throughout the house, upgrading light fixtures, bathrooms, kitchen countertops and adding in stainless steel appliances. If a house needs electrical or plumbing, which is about 50% of the time, they will upgrade that too.

Over the last couple of years, there haven’t been many consequences for delivering the bare minimum because demand was so high in many major markets that a flipper could almost always  find a buyer. But as the market slows, he’s beginning to notice that the properties on the MLS which are seeing price reductions are those that have bad or no rehabs, he said.

“We just listed a house last week, for $189,000 and had 30 showings and eight offers. We had three offers that were well over $20,000 of asking, which in this market is pretty rare,” Cathcart said. “But because we delivered a product that was better than anything in the area, people wanted to buy it.”

On the rental side of their business, they have not had a single tenant miss a payment, even throughout the pandemic and various stay-at-home orders. The reason for this, Cathcart suggests, is that the nicer the product, the higher the demand is for it. This means they get a lot of applicants to choose from and they can filter candidates that have great income and work history, credit scores, and landlord references. 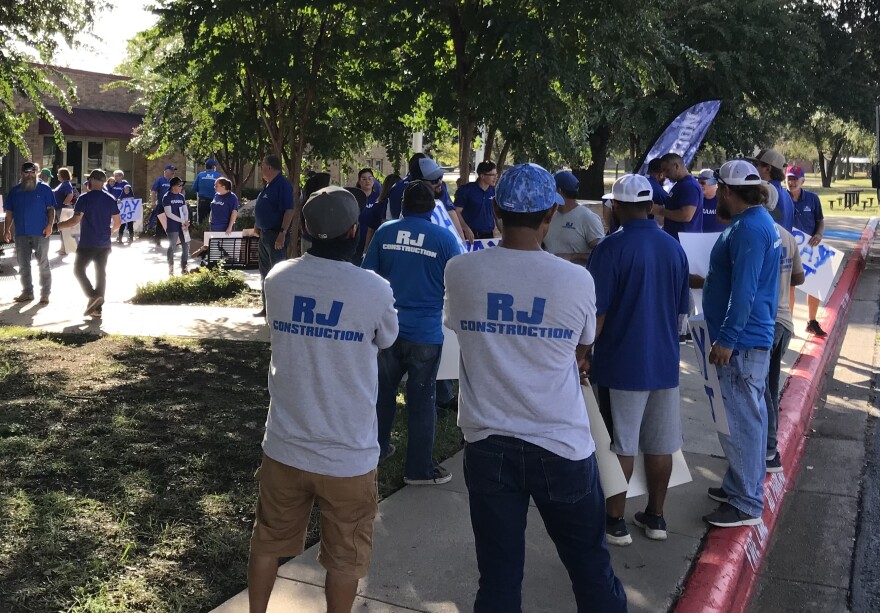